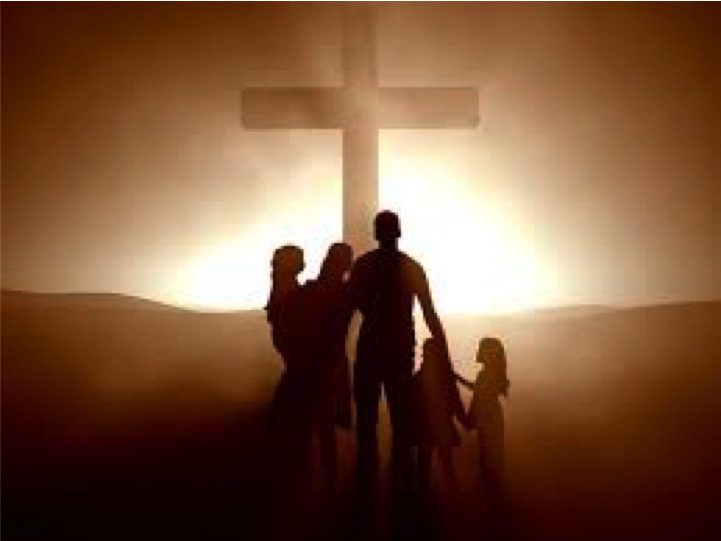 This
is an incredibly important read about Truth and the dignity of women in
God’s plan. It highlights the purposed, planned and orchestrated destruction of the
family and society by radical feminism by a firsthand observer of the beginnings of Communist driven feminism in America: Mallory Millett, sister of the feminist icon, Kate Millett.
It expresses with great clarity all the ways in which radical feminism has purposefully sought to destroy families, which Sister Lucia, one of the Fatima visionaries prophesied:

“The final battle between the Lord and
the reign of Satan will be about marriage and the family. Don’t be afraid, she
added, because anyone who operates for the sanctity of marriage and the family
will always be contended and opposed in every way, because this is the decisive
issue. however, Our Lady has already crushed its head.”
Sister Lucia

This article is a combination of two pieces that feature Mallory Millett’s testimony, who is “a CFO for several corporations, [and] resides in New
York City with her husband of over twenty years. In a riveting article
from a few years back bluntly titled, “Marxist Feminism’s Ruined Lives,” Mallory revealed what she saw of the subversive undercurrent of her sister’s passionate radicalism.” (Frontpage Magazine Interview)

Here is an excerpt of Mallory’s article on Marxist Feminism:

It was 1969. Kate invited me to join her for a gathering at the home
of her friend, Lila Karp. They called the assemblage a
“consciousness-raising-group,” a typical communist exercise, something
practiced in Maoist China.  We gathered at a large table as the
chairperson opened the meeting with a back-and-forth recitation, like a
Litany, a type of prayer done in Catholic Church. But now it was
Marxism, the Church of the Left, mimicking religious practice:

Their answer left me dumbstruck, breathless, disbelieving my ears.  Was I on planet earth?  Who were these people?

“By promoting promiscuity, eroticism, prostitution and homosexuality!” they resounded.

They proceeded with a long discussion on how to advance these goals
by establishing The National Organization of Women.  It was clear they
desired nothing less than the utter deconstruction of Western society.
The upshot was that the only way to do this was “to invade every
American institution.  Every one must be permeated with ‘The
Revolution’”: The media, the educational system, universities, high
schools, K-12, school boards, etc.; then, the judiciary, the
legislatures, the executive branches and even the library system.

The second article is an interview with Mallory a few years after she wrote the Marxist Feminism exposé, following her sister Kate Millett’s death. Kate had written a book, entitled Sexual Politics, which was
“called “the Bible of Women’s Liberation” by the New York Times,” which

had a seismic effect on feminist thought and launched Millett as what the Times called “a defining architect of second-wave feminism.” In a cover story that same year, TIME
magazine crowned her “the Mao Tse-tung of Women’s Liberation.” Fellow
feminist Andrea Dworkin said that Millett woke up a sleeping world. (Frontpage Magazine Interview)

Below are excerpts from the interview with Mark Tapson that sheds more light on the quote above. Each one is a direct quotation of Mallory’s:

In
1969 I attended consciousness-raising sessions in New York City with my
sister, Kate, where a group of 10-15 women sat around a long oval table
and plotted the New Feminist Movement and the founding of NOW. Their
template was Mao’s China and the group confessionals conducted in each
village in order to “cleanse the people’s thinking.” The burning
objective of Kate’s “consciousness-raising” was “the destruction of the
American family,” as she deemed it “a patriarchal institution devoted to
the oppression and enslavement of women and children.”
They
went on to form NOW and, with that organization, achieve their stated
goal of taking down the Patriarchy through a massive coordinated
promotion of promiscuity, eroticism, prostitution, abortion and
homosexuality. Their proposed method was to infiltrate every institution
in the nation: the universities, the media, primary and secondary
schools, PTAs, Teachers Unions, city and state governments, the library
system, the executive branches of government as well as the judiciaries
and legislatures.
One
of their most desired results was the smashing of every taboo in
Western culture. Imagine that! Think of that alone! The normalizing of
every taboo: polygamy, bestiality, Satanism, pornography, promiscuity,
witchcraft, pedophilia – all activities which rot the human soul and
city. Nothing burns down a society with such dispatch and totality as
the unleashing of taboos.
My
sister Kate decided her contribution would be to establish Women’s
Studies courses at every U.S. college and university, which she
efficiently executed. On examination, these courses emerge as nothing
more than Marxism 101. Kate taught that the family is literally a slave
unit with the man as the bourgeoisie and
the women and children the proletariat. Two of her own books were
required reading. In these classes young girls are conditioned into
murderers who will dispense with their own precious unborn child as
readily as a dirty Kleenex without a twinge because “it’s my body.” I
can’t hear of the 70 million Americans killed before birth without a
catch in my heart over Kate’s role in this. She taught girls to “be an
outlaw; be a damned outlaw, cuz all the laws were made by evil white
men. Be a slut and be proud of it!” Now we have girls parading about
with the word “SLUT” emblazoned across their tee-shirts. Orgies?
“Absolutely! Try everything. There are no rules.” So the woman whose job
it is to construct the basic rules threw them all to the wind. Then she
ran away from home and from any babies she didn’t kill in order to run
the world.
We’ve
had women running the SEC, the Secret Service, the IRS, the DNC, yada
yada yada. They run so many things now and a great many are under
investigation with one female head of department after another either
lying or refusing to answer legitimate questions being asked by the
people (i.e., congressional committees). Aren’t public officials required to answer to the people? “Be an outlaw, be a damned outlaw!”
So,
they infiltrated every system and department in education, media,
entertainment, government, justice, Wall Street, you name it and they’re
there. For decades since they started their stealth invasion the father
in every sitcom has been debased and, most of all, clueless. I am
dumbfounded at the efficiency with which these women recruited others
and wheedled their way into everything in fifty short years. Oh, yes,
woman is one hell of a powerful force. Now, we have a nightmare army of
militant feminists:  Lois Lerner, Susan Rice, Loretta Lynch, Sally
Yates, Debbie Wasserman Schultz, Huma Abedin, Nancy Pelosi, Oprah
Winfrey, Samantha Power, Elizabeth Warren, Cheryl Mills, Maxine Waters,
Donna Brazile, plus the main outlaw, Hillary Clinton, lying and
obfuscating us into chaos. That’s what outlaws create: chaos!
Today,
60% of babies who escape abortion are born outside of marriage. On top
of that they are miserably reared, thrown into child-care shortly after
birth, with not only a lousy education but a miseducation
in classrooms infiltrated by Mao, Che Guevara, Fidel Castro, Howard
Zinn, Naom Chomsky, Marx, and Saul Alinsky rather than readin’, writin’,
and ‘rithmatic, American History, and Civics. Our children now score
poorly compared with other countries, whereas before the feminist
“experiment” we led in almost all categories. In 1964 we had 90%
literacy and 5% illegitimate births. We now score shockingly low on
literacy (38% of American men read at the lowest levels; only 11% of men
and 12% of women are proficient readers) and of course, those
out-of-wedlock births at 60%. (Frontpage Magazine Interview)

Both articles are very well worth your time to read in full…
I share this to give clarity and shine light in the darkness of so much destruction that has been purposely planned in order to subvert and destroy our nation and our families.
The Communist agenda to destroy us from within has taken many forms. One of the perverted offshoots is Saul Alinsky’s Rules for Radicals, which is broken down into its most basic parts here in this image:

We must know the tactics of your enemy!

These are the Rules for Radicals and the Militant Atheist Communist
agenda that Our Lady of Fatima came to save us from — by asking us to
consecrate ourselves and Russia to her and to pray the rosary everyday.
All the evil we are up against is explained in the vision of Pope St.
Leo XIII saying the devil would be given control of the world for 100
years… this is why Our Lady has
continued to appear as the times have become more and more evil..

No wonder Our Lady came to Fatima to save us and warn us of the coming war if Russia wasn’t consecrated to her Immaculate Heart. She was asking us to pray and sacrifice in order to save us from this great destruction. And she continues with this same plea for prayer and sacrifice and conversion in the messages of Medjugorje, as Sister Lucia believed. For she stated in her continued apparitions throughout her life, Mary came to her as Our Lady of Medjugorje and told her that she was completing in Medjugorje what she started in Fatima. In the messages of Medjugorje she has been asking
us for these last almost 40 years to increase our prayers by not only
praying the whole rosary daily, but to fast 2x a week, to make Mass the
center of our life, to read scripture daily and to confess monthly.
She
has given us God’s heavenly battle plan and in the end her Immaculate
Heart will conquer. Satan knows his time is short and he is trying to
inflict as much damage as possible on his way down.
“Let us resist him solid in our faith!!!!
We know that in the end her Immaculate Heart will Triumph and all the lies will be exposed and set to right. But, let us never dismiss the instructions of Our Lady for they are just as relevant today as they were when they were first given, as St. John Paul II remarked:
“the…call
to repentance and conversion, uttered in the Mother’s message, remains ever
relevant….
It is
still more urgent.
…Mary’s appeal is not for
just once. Her appeal must be taken up by generation after generation, in
accordance with the ever new “signs of the times”. It must be
unceasingly returned to. It must ever be taken up anew.”
Pope John Paul
II
Our Lady of Fatima and Medjugorje, we consecrate ourselves, our families and all our loved ones as well as Russia to you as you asked.
May each of us never cease to pray the Rosary each day and offer sacrifice for poor sinners:
“Pray, pray very much and make a sacrifice for
sinners, because many souls are going to hell because no one offers sacrifices
for them.” (August 19, 1917)
For more insights see my accompanying article on Lenin and his satanic propaganda agenda that has devastated countless souls and which is the backbone of these movements in the United States: