Why is Satan’s vehement hatred directed at the Eucharist and the Catholic Mass? 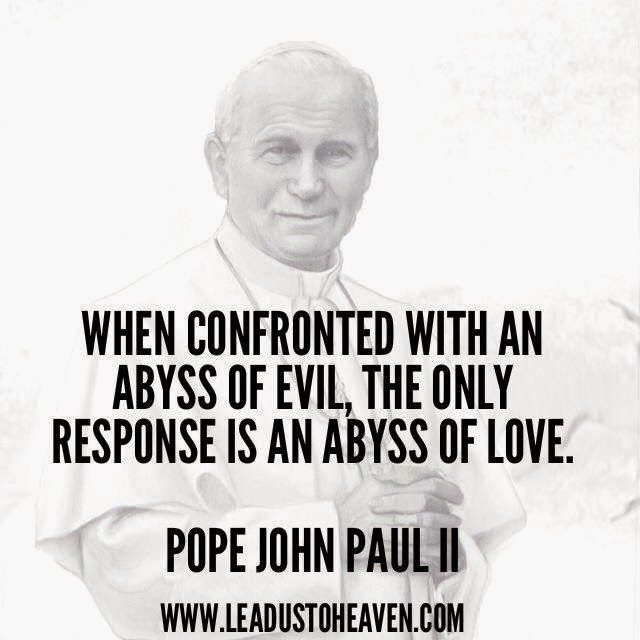 The Last Thing I Want to Talk About

On this beautiful day the last thing I want to think about, let alone talk about, is the black mass that was offered in the public Civic Center in OKC at 7pm September 21, 2014.  Maybe
you’re the same way.


However, there is a burning fire inside me that leads me to speak
against this and do all I can to expose it, in order to stop the
outpouring of evil that is being called forth to flow from this horrific event.  I cannot be silent. There
is too much at stake – there is too much evil involved. Whether Catholic or
not, whether Christian or not, all people of good will should feel outraged at
this event which calls upon Satan and his evil forces to come upon our homes and families, our cities, our nation and the world!

Why are We Still Talking About This?

You may ask, Why do you say that?
Isn’t it too late?  Didn’t it already take place?
I don’t like it, but what I we do? And why
does it matter?  Isn’t it just a
desecration of the Catholic host and the satanist said he returned it, so
what’s the big deal?
All these questions may be running through your head… or maybe
you just don’t care that much or just don’t want to dwell on this… but, I beg you to take the time to read the
answers to these questions.

Because black masses are taking place secretly around the world
–(possibly in your own home town)… And if we knew what takes place at them, then
we would understand what the big deal is.

The Black Mass Can Only Be Understood by Searching for the Meaning of the Catholic Mass, the Church’s Sacraments and Its Teachings Which it Blasphemes

So what takes place at a black mass? It is hard to find much information about this secret occult
worship. Looking online offered little help. But, through testimonies of those formerly involved, we can know that it
is truly horrific and evil at its core. While most know that it is at its
essence a blasphemous and evil mockery of the Catholic Mass and the Sacrament of Jesus’ Presence in
the Eucharist in which He fulfills his promise to mankind, “Behold I will be
with you always unto the end of the world” (Mt 28: 20) – one must go deeper into this mystery of the Catholic Mass in order to
understand what a mockery of it truly means.


Catholics believe that the Catholic Mass is the joining of
heaven and earth – uniting all the saints and angels and holy souls of those
who have gone before us –in the Heavenly Wedding Feast of the Lamb of God (cf.
Rev 19), in which we are united with Jesus and His sacrifice on the Cross to our His Heavenly Father for the salvation of the world.  He enabled us to partake
in this sacrifice and become intimately united with Him in a covenantal marriage bond of love through the bread and wine He offered at the Last Supper — which at His Word
became the Gift of Himself – His Body and Blood, Soul and Divinity in the
Eucharist.  He told us before His death
to “Do this in memory of me.  For every
time you do this you proclaim my death until I come again” (cf. 1 Cor 11: 23-26).
Taking to heart this commandment, the Catholic Mass is being offered at every
moment of every day continually throughout the world — as we partake in and
join our own sacrifice to the One Sacrifice of Jesus through the Holy Spirit offered
to the Heavenly Father – which goes beyond the limits of space and time.


To understand the essence of the black mass, we need but
turn everything upside down –exchanging and twisting each truth of the Catholic Mass briefly
explained above into an exactly opposite lie.  If we do this, we can ascertain that the purpose and intent of a black mass is a joining of hell and earth
– which seeks to unite all of the demons and forces of hell to all those on earth in this hellish feast.  Through the desecrating of the Eucharist, Jesus’ Sacramental Sign of His most
Holy Sacrifice and Gift of Himself to us and to the Heavenly Father – he pours out his vengeance and hatred upon this Most Holy Gift which signifies his ultimate defeat– through human beings who have joined themselves with him.  Rejecting Jesus’ gift of spousal love for mankind expressed in Holy Communion, (in and through which human marital love finds its meaning and its fruitfulness), he demands hate-filled, dehumanizing, perverted sexual acts to take place in which he kills its fruitfulness. See the testimony noted above to hear how a satanic priest repeatedly raped his little girl when she came of child bearing age in order to sacrifice the lives she bore him to Satan.


In place of the gift of the indwelling of the Holy Spirit Who guides and directs us in all our ways to God, he seeks to implant his evil spirit for the eternal
damnation of the world, in order to and to proclaim that he, the Father of
Lies, reigns on earth as he does in hell. As God uses human beings to share His Good News, His Gospel – to be His Hands and Feet and His Presence in the world, so does Satan utilize (and even possess) human beings to spread his hatred and lies and spread his errors, which feeds war and terrorism, violence and cruelty.


What is unknown to many, besides desecrating the Living
Bread from Heaven, Who is truly Jesus — Satan always thirsts for a living sacrifice of human blood, which he wants his participants to partake in (start at 38:00 of clip if you have the stomach for it).  I refuse to write of this in all of its gore – so you must use your imagination at this point, because it is in Satan’s defiance and demonic hatred of Jesus’s Heavenly Food given to us in the Eucharist: “Indeed, I am real food and real drink. Whoever eats my flesh and drinks my blood will live forever” (cf. Jn 6: 41-59) that he demands that man sacrifice human flesh and partake of it.  Think of
the Aztecs and various other cultures throughout history that called for human sacrifices… to be
in this frame of mind is to recognize that often an innocent victim such as child or newborn is slaughtered in this horrific diabolical rite.

These atrocities are ultimately to avert human beings from receiving the reward and goal of their lives– to live in eternal union with God  in a glorious heavenly kingdom of love which is far greater than our minds can comprehend, (where there is no more sin, suffering, or sadness).  In place of this, Satan seeks to lead us with his lies, his false and empty promises which enslave us to sin and to an eternal and everlasting torment beyond imagining where there is no end to its pain and despair, “in the fiery furnace, where there will be wailing and gnashing of teeth” (cf.
Mt 13: 42).


All that Jesus came to give us – Satan seeks to destroy and steal — symbolically trying to strip all that is Holy and Good of its meaning in the rite which includes “nudity and sex”,”stomping and spitting” and “urinating” as the satanist attests to in the link above. Satan is described by Jesus as a sower of evil and one who seeks to snatch away the goodness that is sown in our hearts by God (cf. Mt 13).  Just as Jesus is the Way to the Father, Who shares with us His goodness, truth and life, love, mercy and forgiveness – Satan is the way to hell, sharing with all his attributes of sin, lies and death, hatred, condemnation and despair.


Jesus tells us,
“I came that you might have life and have it to the full” (Jn 10:10), but he also tells us that Satan is “a
murderer from the beginning, and has nothing to do with the truth, because
there is no truth in him. When he lies, he speaks according to his own nature,
for he is a liar and the father of lies” (Jn 8:44 RSV).  Knowing that there is no truth in Satan, we must accept that
there is probably little to no truth in those who call themselves his priests. With
this in mind, we cannot be sure that the satanic priest did not lie in telling
us that he returned the Consecrated Host. But, we hope and pray that he did.


So, please take the time to consider what a black mass represents. Please
consider that this is a public display of evil that has always been too horrific to be publicly acceptable.  If the black mass took place today in
Oklahoma City, what will stop this evil from taking place publicly in other cities throughout our nation and in the world in the future?


Not a One-Time Event


Please consider that this is not just a one-time event… Just
as Jesus humbled himself taking the form of a man, a slave. in the image and
likeness of men (cf. Phil 2: 7), Jesus, our Savior, continues to humble himself in what appears to be bread and wine so we who believe in His Words can be nourished and
strengthened — becoming One with Him both in body and soul even while living on earth. Jesus in His
humility, is allowing Himself to be crucified again as He did on Good Friday. 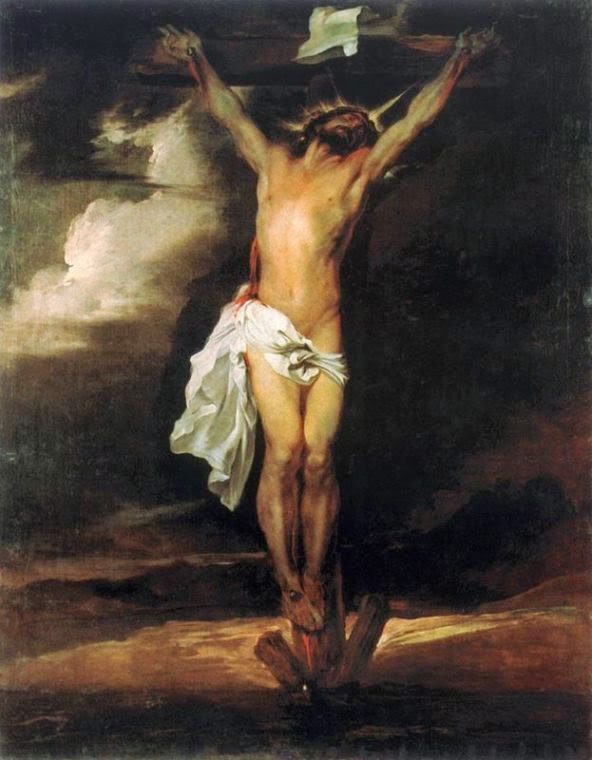 Thank God that the Archdiocese of Oklahoma City was able to retrieve the Consecrated Host.  But, if they had not, we would have experienced a modern day publicly held crucifixion of Our Lord Jesus Christ.  And because taxes fund public facilities — a crucifixion that citizens contributed to.


Now that we know this horror is taking place, may each of us continue to pray and fast for all the victims of Satan’s hatred and violence and for conversions of hearts.  Let us pray and do all we can to ensure that we, as a country, never allow this to happen again!

So What Can We Learn From This?


Then, what does his vehement hatred toward the Holy Mass, the Eucharist, the Sacrament of Marriage, the Sacredness of Human Life and the Indwelling of the Holy Spirit say to us?

Let us ponder this and ask ourselves …


Can I grow deeper in my love, in knowledge and in practice of these Divine Gifts from God?  Can I live more in union with the Sacraments and Teachings of the Catholic Church, and be more in awe of their Holiness, Truth and Power?


We Must Not Give Up Our Hope and Joy! 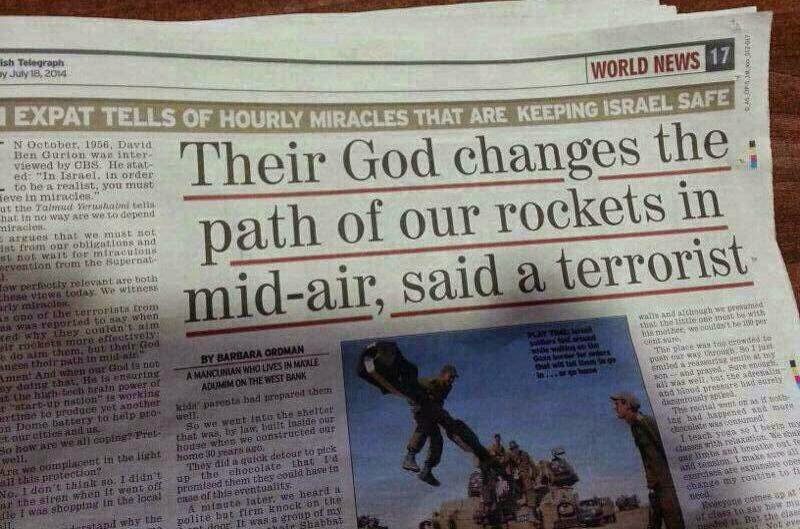 We must never lose hope!!! This newspaper headline demonstrates that we must hold fast to the knowledge that God is all powerful and has ultimately won the victory over Satan.  Please see my first post on this topic for encouragement and hope — knowing that while we must not take this evil too lightly, we have nothing to fear if we hold fast to Jesus, Our Hope and Strength. May we confidently and prayerfully respond to this evil with the power of love and prayer: See The Miraculous Power of the Eucharist and Prayer in Our Fight Against Evil.