I recently had the gift of listening to Kathryn Jennings’ testimony.

It was incredibly moving. 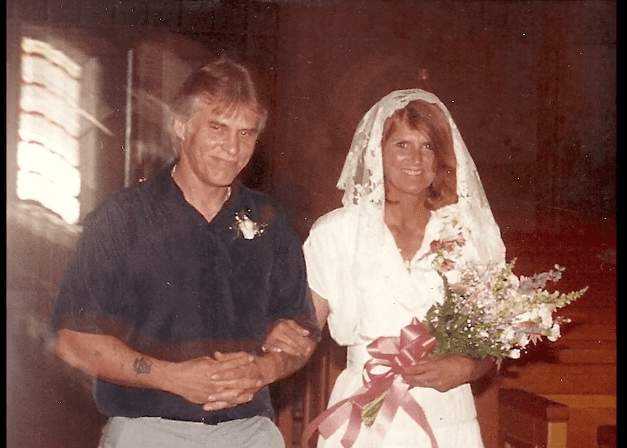 In it, she spoke of many things, but ultimately it was a profoundly beautiful testament of love.

Love of God – Who not only died on the Cross, but, continues tirelessly in any and all ways to save us – even by sending Mary to us each day.
Love of Our Lady for her children.
Love of a man and a woman – both terribly lost and broken – but, who were saved through Medjugorje.
And, who, eventually were brought together in a deeply beautiful union of love.


Kathryn spoke first of her life-changing pilgrimage to Medjugorje.
Of Mary promising her “a carpenter of her own”, although she had no idea what that meant at the time.
Of how going to a talk by her future husband, Jim Jennings, saved her life.
Saying that before the talk, she had been under such a fierce attack to kill herself (that lasted for weeks) – that although she didn’t want to, she succumbed and felt compelled to write a suicide note and made preparations to kill herself the next day.
She said she only went to the talk the night before, so her mother would have a happy memory of them being together, when she found out about her death.
But, she related, the spirit that had been tormenting her to suicide suddenly left during Jim’s talk and never returned.
(We pray for all demons of suicide to be banished and sent to the foot of the Cross – never to torment souls again).

She encouraged us to listen to her husband’s incredible transformation – from being a hardened convict to a man whose whole life changed after hearing about Our Lady of Medjugorje.
Yet, it was not only his own life that changed, but many of the other most hardened inmates’ lives – through a rosary prayer group Jim formed within the maximum security prison in which he lived.
You can watch his incredible St. Paul-like conversion story here:

She spoke of their time together and of their love story
Of their joy and peace – even in the midst of trials and sickness.
She spoke of their unity throughout the years,
particularly as Jim was dying…
of holding each other,
of praying together,
until, at the end, they were praying:
“Jesus, I trust in You” during each breath Jim struggled to take …
And in doing so understood that Mary, while at the foot of the Cross,
wasn’t just a spectator of Jesus’ death…
but, that they, too, must have prayed together: “Father, We Trust in You” at each of Jesus’ excruciating breaths …
as He was dying on the Cross.

It was deeply moving and profoundly beautiful to hear of such union …
I’m still in tears as I write this.

I encourage you to watch Kathryn Jennings’ testimony for yourself – for there is so much more that she shared – and so many more incredible insights to ponder.
To do so, go to Fruit of Medjugorje #341. 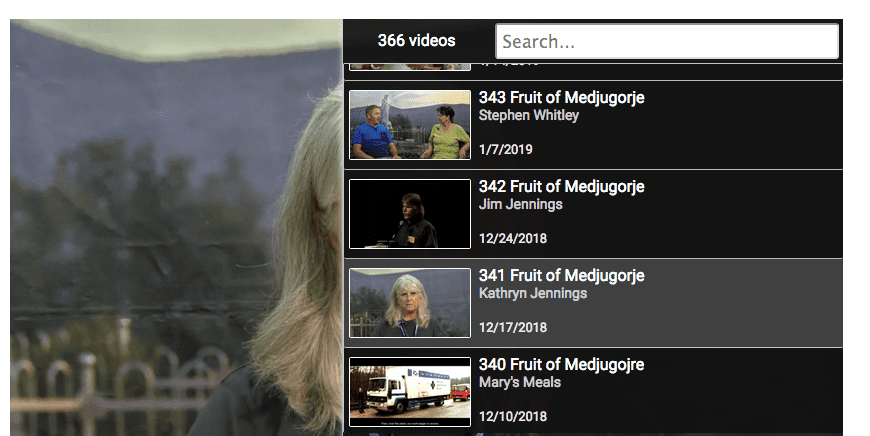 Because there’s so many testimonies – there’s no specific link for each
talk. That’s why you click on the website link and then scroll to video 341. There’s a drop down menu on the top right of the video
screen from which you navigate to each individual video.

May these videos be a great grace to you!

Thank
you, dear Blessed Mother, for standing at the foot of the Cross with us
in each of our sufferings and trials – praying for us to be united with
Jesus, so that we, too, will join in that Prayer of Divine Love, and
say: “Father, we trust in you!”
Our Lady of Medjugorje, thank you, also, for never tiring of coming to us daily to teach us and offer us grace –
and for the love, grace and guidance you pour into all those who are open to hear your voice.
May we be open to receive your call and so be drawn into LOVE itself – which is ever deeper union with the Father, Son and Holy Spirit.
We ask this in Jesus’ Name. Amen.


I found a book written by Kathryn Jennings. In it, she writes about Jim’s conversion and their love story. I haven’t read it yet. But, I look forward to it.