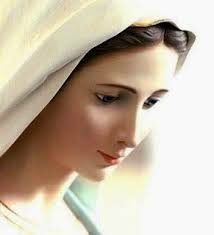 On this day in which the world celebrates the one of our greatest saints and Popes of the Church, I wanted to share some information about the Pope and his connection to the most reported modern day apparition site of our time!

Never heard of Medjugorje or have no idea what it is? 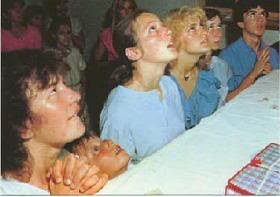 Medjugorje is a small village in the former country of Yugoslavia (now Bosnia-Herzegovina) where, since June 24, 1981, the Virgin Mary has
reportedly been appearing everyday!
Six alleged visionaries tell us that Our Blessed Mother comes as the
Queen of Peace to remind us that God exists and to “call us to conversion
for the last time.”  This conversion
consists of living lives of Eucharist, confession, peace, heartfelt prayer and
fasting.  Such an outpouring of graces have flowed from the messages of
Medjugorje that hundreds of priestly and religious vocations, tremendous
miracles of healing of the body and the spirit, and thousands of conversions
have been reported. 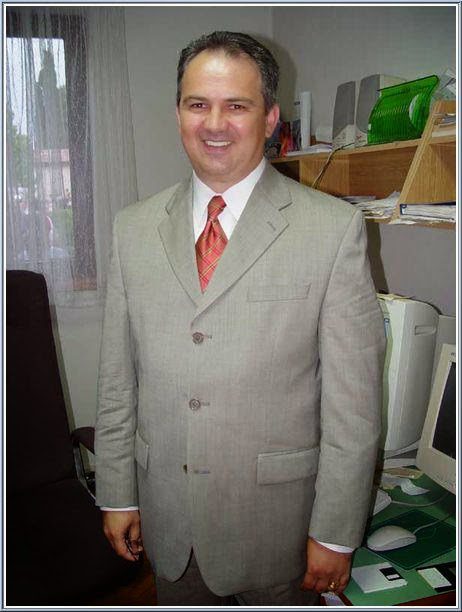 Ivan Dragicevic, one of the alleged visionaries of Medjugorje, shared that the Virgin Mary brought Pope John Paul II with her when she appeared to him in the evening of April 2nd 2005, just hours after the Pope died.
He  related this at the time:
“When Mary appeared to me, I saw him by her side: the Pope was smiling, he looked young and was really happy. He was dressed in white and with a golden coat. The Virgin Mary turned toward him, and the two, looking at each other, both smiled, an extraordinary, wonderful smile. John Paul II was ecstatic as he watched her and Our Lady said to me:
“My dear son is here with me.”
“He did not add anything but his face was radiant like that of the Pope who was next to her and kept on looking at her face.” 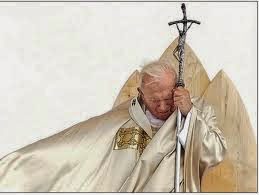 Below is a post taken from Medjugorje Today that highlights the Pope’s regard for Medjugorje (which I have rearranged somewhat and added additional pictures to).
On the first Feast Day of Saint Pope John Paul II
SOLID DOCUMENTATION FOR HIS BELIEF IN MEDJUGORJE
Saint Pope John Paul II strongly believed in the Virgin Mary’s still ongoing apparitions in Medjugorje. The first signs of his belief appeared as second-hand quotes passed on by (often high ranking) members of the clergy who had talked to the Pope about Medjugorje.

About ten years ago his handwritten letters to private friends in Poland were published, with Medjugorje warmly mentioned – and recently, a close personal friend [Monsignor Slawomir Oder] who served as postulator for John Paul’s cause as a saint also confirmed this to be accurate. 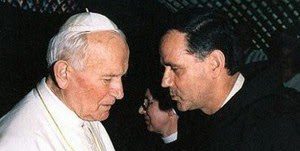 “Busy yourself with Medjugorje, look after Medjugorje, don’t tire, persevere, be strong, I am with you. Watch over, follow Medjugorje!”
( Photo taken – July 20th 1992, to Fr. Jozo Zovko, parish priest in Medjugorje when the apparitions began)
“”If I were not the Pope, I would be in Medjugorje already, hearing confessions.”
(1987, to Medjugorje visionary Mirjana Dragicevic)

“Are you not Vicka from Medjugorje? Pray to the Madonna for me. I pray for you.”
(March 22nd 1995, to Medjugorje visionary Vicka Ivankovic who followed a group of 350 wounded Croatian soldiers to a private audience with the Pope. She gave him a Rosary blessed by the Virgin Mary during an apparition. The Pope blessed her and prayed over her for a long time) 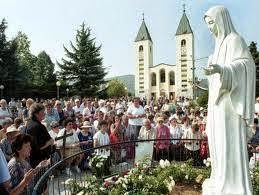 “Medjugorje, Medjugorje…it is the spiritual heart of the world” AND
“Pray for me in Medjugorje!”
(Words spoken in 1988 to Mons. Maurillo Kreiger, former bishop of Florianopolis, Brazil) 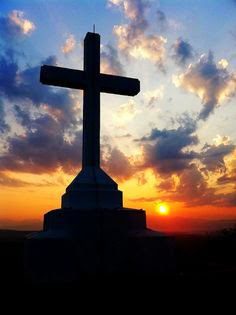 “Today’s world has lost the sense of the supernatural, but many are searching for it and find it in Medjugorje, through prayer, penance, and fasting.”
(August 1st 1989 address to a group of Italian physicians dedicated to defending unborn life and to making scientific and medical studies on the apparitions, as reported by Bishop Pavao Hnilica, SJ, Auxiliary Bishop of Rome, a close friend of the Pope)

“Let the people go to Medjugorje if they convert, pray, confess, do penance and fast.”
(June 1986 response to a group of twelve Italian bishops seeking pastoral advice on people making pilgrimages to Medjugorje)

“Approve everything that is related to Medjugorje.”
(November 1994, to Archbishop Felipe Santiago Bentez of Paraguay)

“I want to go to Split, to Marija Bistrica, and to Medjugorje.”
(April 6th, 1995, to an official Croatian delegation including president Franjo Tudjman and Cardinal Franjo Kuharic of Zagreb)

There are more such quotes, at least twice as many. But really, do we need more…?
Over the years Medjugorje Today has written five news articles about Pope John Paul II and Medjugorje, each one of them covering aspects not mentioned above.