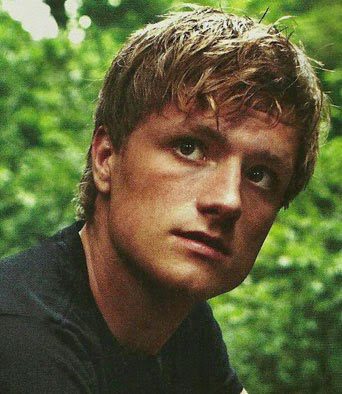 I went to see the new movie, Mockingjay Part 1, on opening night.  I came away from it, however, very disturbed.  Before I go into the reasons why, I first want to speak of the series in general terms, sharing why I decided to read the books and watch the movies in the first place.

I must confess the whole idea of children fighting to the death repulsed me, so when I first heard of the popularity of the Hunger Games trilogy, I had no interest in reading the series and I wondered what had happened to peoples’ judgment and prudence.

It was a couple years ago, my daughter was a 7th grader when I first heard of the Hunger Games.  The first film was just about to be released, (and I guess I must have been living under a rock until that time), because this was my first exposure to the story.  While being repulsed at its theme, I couldn’t deny the wide scope of its audience.  My daughter’s English teacher (who taught at a wonderful Catholic school) spoke of it fondly.  Most of my daughter’s classmates were in the process of reading it or had already read the series, including the daughters of very wise, deeply committed Catholic moms whom I knew personally.

I became intrigued because of its influence on those around me, but I didn’t know how to reconcile the series’ theme with the positive reactions of many Catholics whom I knew to be deeply living their faith.  I decided I would cautiously and prayerfully enter into the books’ themselves, before making a judgment upon them and writing them off.  However, the dozens of copies offered at our city’s libraries had wait lists that were months long… and I wasn’t about to give my money to promote such a horrific idea, so I began to viraciously seek out and read critiques and Catholic commentaries about the books instead.

I read many, many commentaries, but one stuck out for me.  I don’t remember its author or exactly what he shared, but he convincingly wrote about the series strong Catholic and Christological themes.  Again, I can’t remember exactly what was said to convince me to purchase the books, but I’m sure they reflected what I myself learned after reading the series.

It’s themes include self sacrificing for the good of others, the treasuring and valuing of human life, and true freedom.

The story begins: Following a tragic civil war, the Capitol insists on remembering its citizen’s revolt against the government by forcing their children to compete in an annual fight to the death. In the seventy four years since the Hunger Games inception, no one from the outer districts had ever volunteered to participate, until Katniss offers to take her sister’s place in order to save her life.

Against the backdrop of the Capitol’s extravagance, its insensitivity and pleasure in seeing the destruction of children, two tributes from district 12, Katniss and Peeta, are forced to compete. Throughout the films and books, these two strive to live through the Hunger Games in a way that exemplified in what Peeta said the night before entering the Games:

“I don’t want them to change me… Turn me into something I’m not.  I-I-I just don’t want to be another piece in their game… I just keep wishing I could think of a way to show them they don’t own me.  You know, if I’m gonna die, I wanna still be me.”

Rather than glorifying the concept of children being put into an arena to fight to the death, the Hunger Games trilogy provides, in fact, an eloquent and moving story that illustrated its horror.  It is a story of good against evil.  The weak, the poor and the oppressed are physically forced into participating in these atrocities. Although their bodies forced to participate, their souls and their free will are not.

This is what was so upsetting about the way the movie ended last night.

Peeta’s character was captured at the end of the 75th Hunger Games (the second movie/ book).  After his capture, he was systemically tortured and injected with drugs which twisted his memories and fears.  The movie ends half way through the last book, with the Capitol being able to twist his memories, his personhood, into something completely other than himself.

Peeta’s kindness, his goodness and love for others, especially Katniss, is a shining light in the midst of the terrible darkness of the first two movies/ books.  It is in the last book, his love and his very personhood, becomes so twisted and violently changed, that his love for Katniss has turned into such fierce hatred that he is obsessed with killing her.

This happened in exact contrast to Peeta’s deepest desire and his ability to retain his inherent goodness through the first two Games:  although he his body was forced to participate, he had been able to retain his purity and goodness of soul and his free will.

This is the greatest tragedy that can happen to a soul, a human person.

That an outside force can manipulate and change who you are as a person is the greatest of injustices that could ever occur.

Mockingjay is a very dark, sad and depressing book to read.  While not fun to read, Katniss’s deep depression is probably a very accurate and honest portrayal of what a person would experience after witnessing and living through the brutality and murders of other children in the Games, of being hunted like animals, having to kill others in self defense and watch their friends and fellow citizens endure torture and death when they stood up against human injustice, and the resulting deaths of thousands of innocent people in the ensuing revolt against the Capitol.

Again, this is a series meant to illustrate the horror of the Hunger Games through juxtaposing the goodness and love of people being forced to participate in them.

By making the decision to turn the third book into two movies, the redeeming vision of goodness in the midst of evil is horribly suspended.

And in its place, the very disturbing image of Peeta, whose personhood has just been hijacked and who is out of his mind with fear and hatred and violence is the last image audience goers are left with.

The truly good and kind Peeta, whose loving personhood was intact through two Hunger Games, has been turned into a murderous, hate filled and violent tool of the Capitol.  His desire to remain unchanged and not a tool in their game has been devastatingly forced upon him.

For me, this distorted image of Peeta as the take away of the movie, is an injustice to audience members.

To leave audience members with this traumatic imagery — showing no resolution to its tragedy, is unsettling and disturbing.  Many kids were part of the audience, and I can’t help but wonder what nightmares they, or, for that matter, we as adults, experienced following these scenes.

I had just listened to a talk by Pastor Rick Warren before going to the movie.  He spoke about our culture’s tendency to gloss over sin and violence that we see on tv and in movies, saying that it doesn’t bother us.  He says that it should bother us!  When something sinful or tragic doesn’t bother us anymore, it is a sign that our conscience has been hardened.

So what are we to do with this imagery that we are left with?

Does the movie company want us to stay disturbed with it for a year, until part two of the Mockingjay is shown in theaters?  Is that healthy for anyone?

Or, if we aren’t disturbed by this imagery, isn’t that the exact opposite response of the series’ purpose, which highlights the horrific desensitization of a culture who viewed the Hunger Games as mere entertainment?

Isn’t that one of the great purposes of the series, to demonstrate that we, as a people, must be disturbed deeply enough that when we witness injustice, we are emboldened to stand up and fight for our inherent dignity and freedom?

So, what are audience members left to do with this?

What is the purpose of breaking up the movie at this point, other than to ensure audience members will shell out millions more to see the ending of the movie?

The book itself, while incorporating this event in the life of Peeta, as a horrible effect of evil men and their attempts to manipulate and twist human goodness, didn’t end there.

For those who have read the book, we know that Katniss’s love and her steadfast faith in the inherent goodness of Peeta eventually breaks through Peeta’s brokenness.

Although neither he nor Katniss are ever transformed completely back into innocence or wholeness.

The two eventually spend their lives together in quiet simplicity.

Forever marked by the evil and violence that they had been forced to participate in, yet they are able to live together in peace and in love.