Skip to content
Day 4 Total Consecration to Jesus through Mary and St. Joseph!

“For if you remain silent at this time, relief and deliverance… will arise from another place, but you and your father’s family will perish… for you were created for such a time as this.” Esther 4:14

A time of incredible darkness and evil – and yet, unfathomable grace.
We have been created to be a light in this darkness.
Grace amid sin.
Prayer and love amid evil and hatred.
As Communism spreads ever more completely throughout the earth as the most deadly virus of our times, we are called to speak Truth in Love and stand up for the defenseless and most vulnerable.
We are called to be Christ’s hands and feet and voice and love.
Like the young girl in China, who inspired Venerable Fulton Sheen to make a daily holy hour every day of his priesthood –
We are called love Christ unto death and through that love be an inspiration to those who have not yet come to know His Love.
We are called to be willing to live and die for the Eucharist.
And to “Pray, pray, pray. Pray until it becomes a joy for you.”
Especially heeding our Blessed Mother’s call to pray the rosary every day – for it is the weapon of our times, and because it wields untold grace to make us holy – as we become more and more like those whom we spend time with. 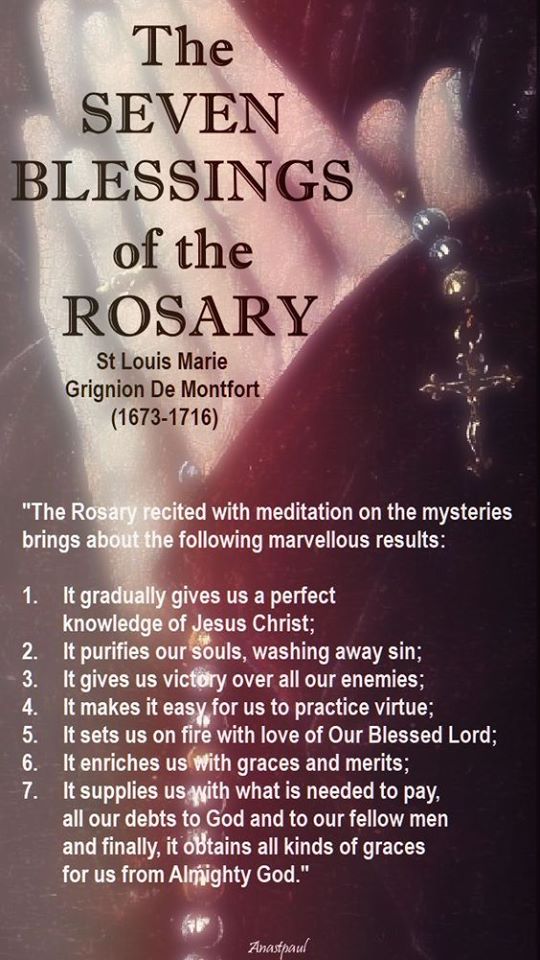 Today, may we go ever deeper into prayer.
Deeper into the mysteries of God’s love for us, so that we will be able to stand fast no matter what happens to this world and to us.
May we go ever deeper into trust so that we can truly give ourselves completely without reserve and with boundless confidence into the Hands of God, with Mary and Joseph’s help and prayers.
May we go deeper into love, so that we can love without counting the cost, willing to die to ourselves so to live for Christ and for those with whom He’s given to and entrusted to us.
May these preparation days be truly entered into, so that we can become ever more Christlike and ever more like Mary and Joseph.
Praying for God’s Kingdom to come in our homes and in our hearts and minds and wills.
So that we may imitate the Holy Family.
And every Father may live ever more fully his calling to be the face of the Heavenly Father in his home, so the world can again live in peace.
We ask all this in Jesus’ Name. Amen.

St. Joseph, pray for us:

“[JOSEPH] SHOULD BE HONORED WHOM THE KING DESIRES TO HONOR.”

“God desires a Feast Day to honor my fatherhood – so that in my fatherhood all fatherhood might be blessed.
Learn from the Little Home of Nazareth – I was king. I sheltered, provided for and protected the Prince of Peace and the Queen of Heaven.
I received deepest love and reverence from them, for they saw God the Father in me, in whose place I took over them.
The head of the family must be loved obeyed and respected and must be a true father and protector to those under his care.
In honoring my fatherhood, you honor Jesus and Mary. The Trinity has placed the peace of the world into our keeping.  You obtain peace from God by imitating the Holy Family and the virtues we practiced.”

The Novena prayers are simple, but they are rooted in the messages
Our Lady has reiterated and given to us again and again in all her
apparitions to try to save us.
Let us always strive to live them ever more fully.
They are:
Pray the full Rosary,
Read Scripture together as a family each day, We are taught and learn so much from reading and meditating on the Mass readings of each day. Here are today’s readings, with God’s words that stood out to me emphasized:
http://www.usccb.org/bible/readings/042620.cfm

Then Peter stood up with the Eleven,
raised his voice, and proclaimed:
“You who are Jews, indeed all of you staying in Jerusalem.
Let this be known to you, and listen to my words.
You who are Israelites, hear these words.
Jesus the Nazarene was a man commended to you by God
with mighty deeds, wonders, and signs,
which God worked through him in your midst, as you yourselves know.
This man, delivered up by the set plan and foreknowledge of God,
you killed, using lawless men to crucify him.
But God raised him up, releasing him from the throes of death,
because it was impossible for him to be held by it.
For David says of him:
I saw the Lord ever before me,
with him at my right hand I shall not be disturbed.
Therefore my heart has been glad and my tongue has exulted;
my flesh, too, will dwell in hope,
because you will not abandon my soul to the netherworld,
nor will you suffer your holy one to see corruption.
You have made known to me the paths of life;
you will fill me with joy in your presence.
“My brothers, one can confidently say to you
about the patriarch David that he died and was buried,
and his tomb is in our midst to this day.
But since he was a prophet and knew that God had sworn an oath to him
that he would set one of his descendants upon his throne,
he foresaw and spoke of the resurrection of the Christ,
that neither was he abandoned to the netherworld
nor did his flesh see corruption.
God raised this Jesus;
of this we are all witnesses.
Exalted at the right hand of God,
he received the promise of the Holy Spirit from the Father
and poured him forth, as you see and hear.”

Beloved:
If you invoke as Father him who judges impartially
according to each one’s works,
conduct yourselves with reverence during the time of your sojourning,
realizing that you were ransomed from your futile conduct,
handed on by your ancestors,
not with perishable things like silver or gold
but with the precious blood of Christ
as of a spotless unblemished lamb.
He was known before the foundation of the world
but revealed in the final time for you,
who through him believe in God
who raised him from the dead and gave him glory,
so that your faith and hope are in God.

That very day, the first day of the week,
two of Jesus’ disciples were going
to a village seven miles from Jerusalem called Emmaus,
and they were conversing about all the things that had occurred.
And it happened that while they were conversing and debating,
Jesus himself drew near and walked with them,
but their eyes were prevented from recognizing him.
He asked them,
“What are you discussing as you walk along?”
They stopped, looking downcast.
One of them, named Cleopas, said to him in reply,
“Are you the only visitor to Jerusalem
who does not know of the things
that have taken place there in these days?”
And he replied to them, “What sort of things?”
They said to him,
“The things that happened to Jesus the Nazarene,
who was a prophet mighty in deed and word
before God and all the people,
how our chief priests and rulers both handed him over
to a sentence of death and crucified him.
But we were hoping that he would be the one to redeem Israel;
and besides all this,
it is now the third day since this took place.
Some women from our group, however, have astounded us:
they were at the tomb early in the morning
and did not find his body;
they came back and reported
that they had indeed seen a vision of angels
who announced that he was alive.
Then some of those with us went to the tomb
and found things just as the women had described,
but him they did not see.”
And he said to them, “Oh, how foolish you are!
How slow of heart to believe all that the prophets spoke!
Was it not necessary that the Christ should suffer these things
and enter into his glory?”
Then beginning with Moses and all the prophets,
he interpreted to them what referred to him
in all the Scriptures.
As they approached the village to which they were going,
he gave the impression that he was going on farther.
But they urged him, “Stay with us,
for it is nearly evening and the day is almost over.”
So he went in to stay with them.
And it happened that, while he was with them at table,
he took bread, said the blessing,
broke it, and gave it to them.
With that their eyes were opened and they recognized him,
but he vanished from their sight.
Then they said to each other,
“Were not our hearts burning within us
while he spoke to us on the way and opened the Scriptures to us?”
So they set out at once and returned to Jerusalem
where they found gathered together
the eleven and those with them who were saying,
“The Lord has truly been raised and has appeared to Simon!”
Then the two recounted
what had taken place on the way
and how he was made known to them in the breaking of bread. 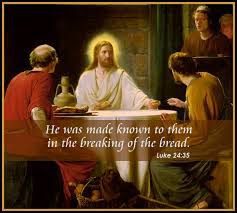 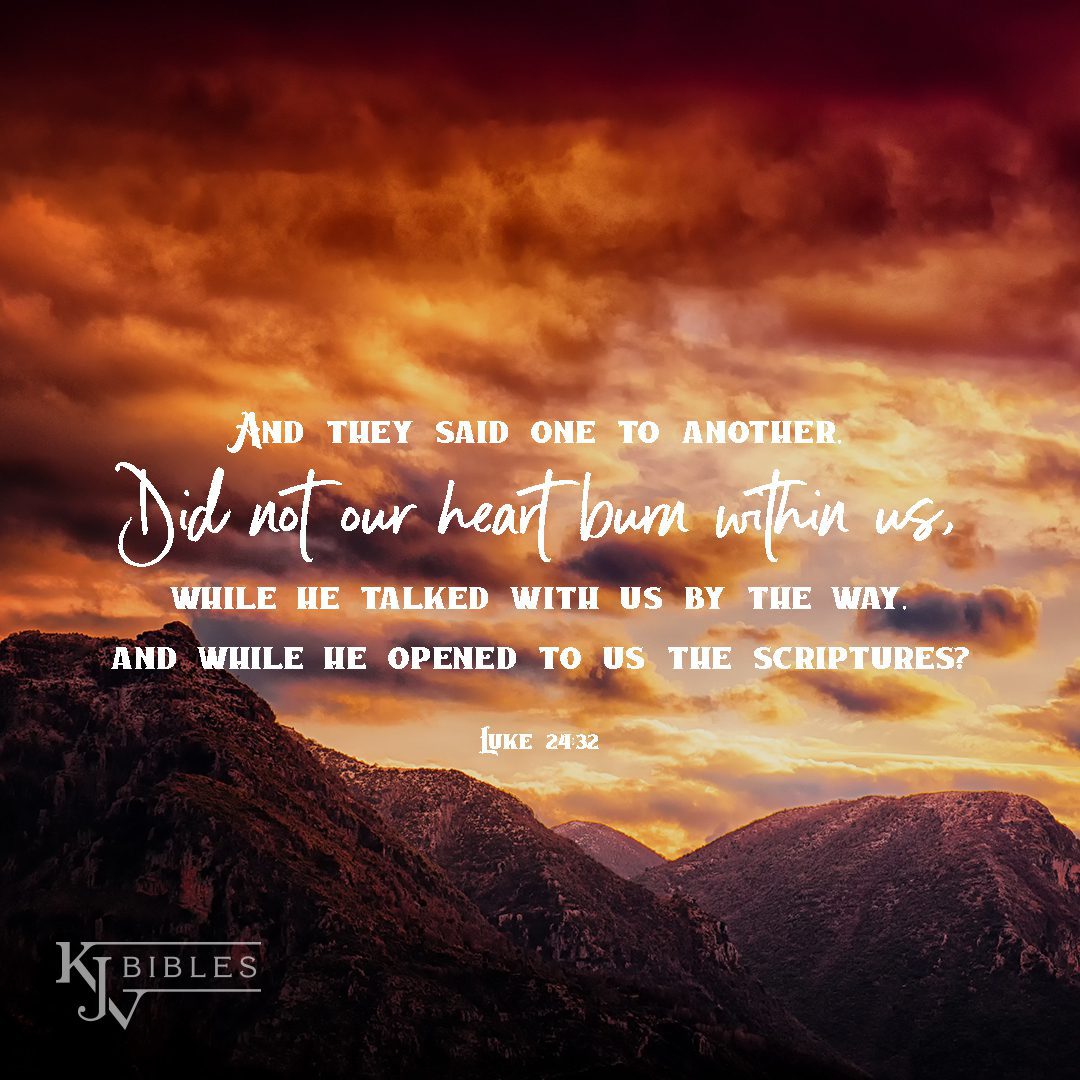 Make the Eucharist the center of your life (we can still do this
interiorly if not physically during this time of quarantine through our
Spiritual Communions, and visits to Church to pray in front of the
tabernacle if they are open, etc.),
Fast twice a week on Wednesdays and Friday on bread and water for Mary has told us in Medjugorje:

“Pray and fast, because with prayer and fasting you can stop wars and natural disasters”.

Go to Confession at least monthly (again, if you are unable make frequent heartfelt acts of contrition)…

And each day of this novena, pray especially during the 3 O’clock hour (if possible):
•    an act of contrition (in place of or in addition to confession)
•    an act of spiritual communion (in place of or in addition to going to Mass and receiving communion;
•    the Divine Mercy Chaplet
•    the Rosary
Besides consecrating ourselves and our loved ones, our nation(s) and
leaders, our Church and the world each day – let us also remember to
consecrate Russia and China and all those who are perpetrating such great evil
upon the world.

Entrusting all of us into the hearts of Jesus, Mary and Joseph.